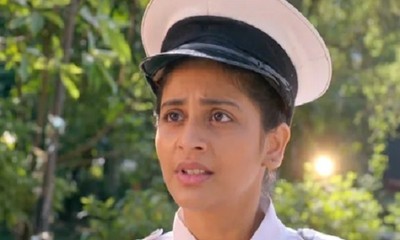 Star Plus serial Imlie is all set to see further Imlie once again getting into an action mode for her Atharva.

Atharva shows firm trust in Imlie when this costs him badly because he eventually misses his important meeting.

Therefore, Imlie decides to convince the client at any cost and help Atharva.

Interestingly, here Imlie decks up as a driver and thus taking the client to the airport, she finally reveals her identity to the latter and somehow convinces him to give a second chance to Atharva.

Atharva is about to fall in love with Imlie with every passing day at how she is again and again helping him.

So, let's see how soon he will also find out Cheeni's evilness.

Stay tuned with us at Serial Gossip for more.

Star Plus show Imlie under scanner by Channel  Gul Kha...