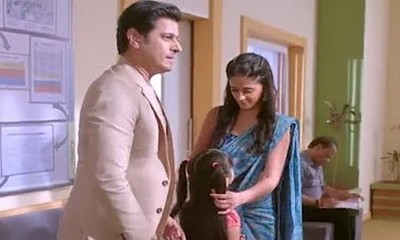 Star Plus serial Ghum Hai Kisi Ke Pyaar Mein (GHKKPM) is about to see further a major turning point in the storyline.

Earlier seen how Virat goes adamant to get Savi’s admission to Vinayak’s school.

The story here takes an intriguing U-turn when Savi passes the interview smartly and the principal even offers to get her admission done in 3rd or 4th standard.

So, now when Sayi denies getting Savi’s admission done in Vinayak’s school,

Here when Virat and Sayi pose as an ideal parent to Savi while Virat even fights back his family for Savi,

Now, this badly pricks Pakhi as she doesn’t want Savi and Vinayak to study together.

Thus, she takes a reckless move which Virat never expected from her.

Unfortunately, this proves her bad in Virat’s eyes.

Pakhi into a bad spot

Now, Virat is not ready to forgive Pakhi who is forcing Sayi and Savi to leave Nagpur.

Wherein Pakhi’s this selfish and villainous side really shocks Virat,

Let’s see what happens next in the show and what big step Virat takes next.

GHKKPM: Ashwini breaks down in tears as Sai shows disrespects