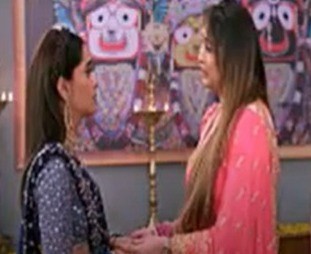 Kumkum Bhagya: Rhea furious as she is sidelined by family

As revealed earlier, Pallavi has realized that Prachi's efforts has saved Ranbir's life.

Further, as Prachi is praying hard to God, Pallavi consoles her that her prayers will not go unaswered.

Fortunately, the surgery is successful and Ranbir opens his eyes.

Further Ahead, he demands to see his wife first when Rhea rushes to meet him.

Rhea fights with the doctor and hospital staff claiming to be Ranbir's wife but they do not allow her.

Rhea is shocked by Pallavi's change of heart while Prachi is left teary eyed.