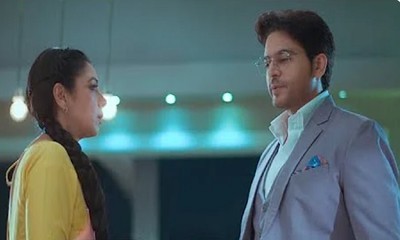 Star Plus Hindi TV serial Anupama is going to see a major turning point in the upcoming storyline.

Earlier it was seen how Anuj gets back into his business when here Anupama is still doing rounds of the Shah Family and Pakhi.

As usual, Anupama teaches a good lesson to Pakhi when she overhears Adhik and Pakhi’s ugly fight.

However, amid all this, she completely forgets about Anu’s school Christmas celebration.

Thus, now this creates a huge rift between Anuj and Anupama when the latter returns home.

Anuj had enough of Anupama and Shahs drama because now it is indirectly unaffecting Anu’s upbringing.

So, now when there is a major confusion rising between Anupama and Anuj.

The drastic twist comes up when Anuj swears to Anupama that now he will no more talk or come in between her and Shah Family.

So, let’s see how Anupama saves her family from falling shattered and how she cuts off with the Shahs to protect her peace.

Anupamaa: Samar lashes out at Leela Star Plus show Anupamaa...

Anupamaa: Anuj gets bankrupt due to Adhik Star Plus show An...