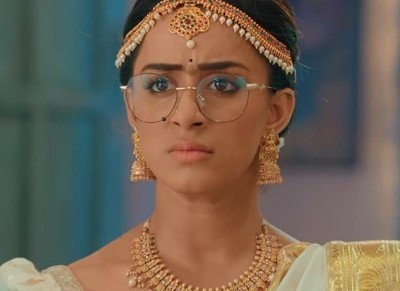 It seems Nayantara is ready to get married where she is all dressed up as a beautiful bride.

On the other side the groom's family marks their entry in an accidental state and calls off marriage with Nayantara blaming her to be bad omen entering in their life.

Further they have taken dowry from Nayan's mother for the marriage and they refuse to give it back.

Nayan gets much angry on her mother and groom family

Nayan gets much angry and calls off the marriage further she asks the dowry back or else gets the family and groom arrested.

Will the groom give the dowry back?

YHC: Samrat Nayantara to look this way in Star Plus Yeh Hai Chahatein