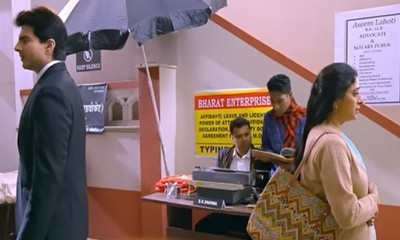 The recent episode witnesses the engagement ceremony of Abhishek and Meera when Bhanu gets angry at Bhavna for not returning to the house in the time.

Therefore, here amid the court hearing, poor Bhavna falls into a tough situation when her advocate Vaibhav Sharma doesn't show up for the hearing.

Thus, Bhavna faces a backslash from the judge for wasting the time of the court.

Poor Bhavna stands crying because Barsati case is really important to her as the room is of her late husband Deepak.

And that's what a big surprise to her, here Raghav marks his big bang entry into the courtroom taking up Bhavna's Barsati case.

Raghav and Bhavna's first victory together

The most-awaited twist finally unfolds herein when Raghav and Bhavna chase their first big victory together.

While Raghav helps Bhavna and finally wins the case getting the Barsati room back to her name,

Now, let's see how this case will only build a deep connection between Raghav and Bhavna.