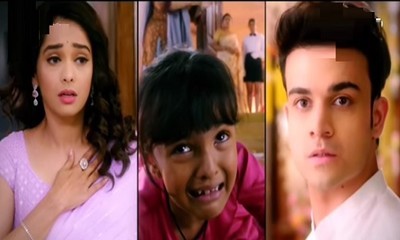 In the Zee TV serial Kumkum Bhagya, a lot is going to change in Ranbir and Prachi's life after the leap of 6 years.

Ranbir and Prachi get separated from each other post-Panchi's death as they both blame each other for losing her.

Moving on, after the leap, Prachi is seen living with a little girl who is most probably her daughter.

However, Ranbir is not with her because he has married Rhea.

And now this major twist is going to spice up the whole story track.

Interestingly, soon it will be revealed that Rhea played a big game with Ranbir and Prachi by helping Aaliya.

Wherein Prachi's accident was also plotted by Aaliya and Rhea,

Let's see how fate brings Ranbir and Prachi together again and how the story then moves forward.

Kumkum Bhagya: Not only Panchi but also Prachi to die

Kumkum Bhagya: Not only Panchi but also Prachi to die The u...