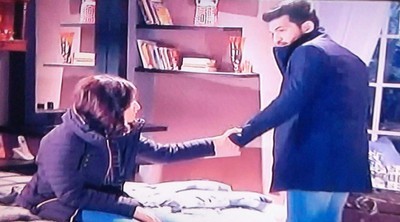 Naina and Raghav have been knowing each other since many days now and Naina have accepted Raghav as her friend.

Now, it so happens that Sanjana very badly bashes away Raghav's proposal to marry Sanjana to which Raghav's heart breakup.

When Naina was in need of support and strength it was Raghav who had come forward to provide the same to Naina and now it's Naina's turn to hold up Raghav with same love and moral support.

Naina tries her level best so that Raghav's pain post breakup gets a bit less and this is the very good moment for two friends to share a great bonding.

It would be very interesting to watch as to how would Raghav and Naina start a new life post getting rid of all the heart breaks?