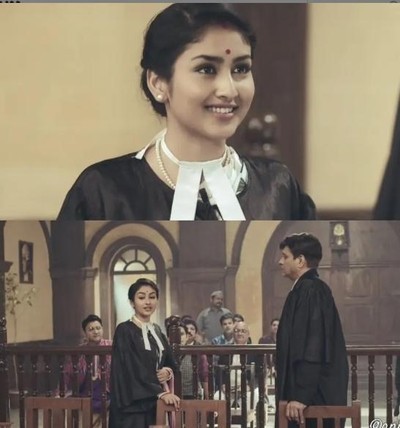 Colors tv popular show Barrister Babu is about to showcase some shocking twists and turns.

The show is up for some high voltage drama in the coming episode of the show.

After the marriage twist of Anirudh and Bondita the makes of the show came up with another shocker.

Meanwhile, Anirudh has been arrested for Chandrachur's murder.

Chandrachur had some evil plans and he had also planned to rape Bondita as he was attracted towards her.

During the fight sequence, Chandrachur gets accidentally shot and Anirudh has been put behind bars for Chandrachur's murder.

Anirudh accepts his crime and the court sentenced him to death.

Meanwhile, Bondita wants to fight for Anirudh and she takes the case.

Anirudh has not been speaking about the incident openly while he will eventually have to reveal that he found Chandrachur forcing himself on a female who turns out to be Tupur.

Anirudh chooses to stay mum to save Tupur's dignity.

The makers of the show are exploring various twists and turn for the show ahead.