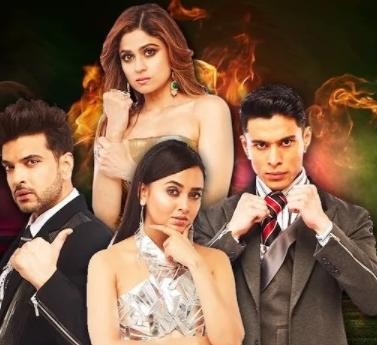 Indian television world’s one of the most controversial reality shows, Bigg Boss 15 does not seem to be going down well with the audiences.

Despite the drama that the show has to offer – from love angles to ugly fights, the show failed to keep the audience glued to the screen.

Therefore, the makers are on plans of ending the show before its scheduled time.

After months of entertainment, the reality show is all set to air its final episode.

Bigg Boss 15 to be replaced by the new show

The Grand Finale of Bigg Boss will air in the second week of January.

The show will be replaced by Upcoming Talent show HunarBaaz Desh Ki Shaan.

The show will also witness some wildcards in the upcoming episode of the show.

Hot News! Bigg Boss 15 to shut down soon due to low TRP

Bigg Boss 15: Miesha Iyer gets evicted from the show

Bigg Boss 15: Miesha Iyer gets evicted from the show Bigg B...

Bigg Boss 15: Akasa Singh gets eliminated from the BB House

Bigg Boss 15: Akasa Singh gets eliminated from the BB House ...

Bigg Boss 15: Rohit Shetty and Katrina Kaif to be seen on We...