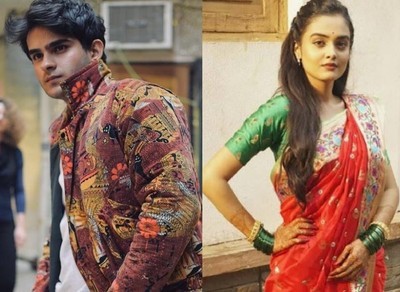 In the show, we recently witnessed the re-entry of Aramaan Thakur played by Altamash Faraz.

We had also informed about actress Preeti Chaudhary entering the show as Rudra’s friend.

As per the latest reports, actresses Pragati Chaurasiya and Jeevansh Chaddha have been roped in to play pivotal roles in the show.

According to the media reports, Pragati will play the character of the hero’s sister while Jeevansh will essay the role of the hero’s brother.

Meanwhile, there is still no confirmation about a generation leap coming up in the show.

New entries to add spice to the upcoming track

The story is about to take a new turn with the new entries in the show.

Saransh is left heartbroken and is blaming himself to be the reason behind RuSha's fight and their baby going missing.

Saransh is hurt after hearing the harsh words from Rudraksh and he went missing after the incident.

It will be interesting to see what new twist will the new entries bring to the show.

Will there be a generation leap? What do you think?

YHC: Preesha to divorce Rudra chooses to be with Armaan

YHC: Preesha to divorce Rudra chooses to be with Armaan Sta...

YHC: Malti betrays Preesha hands over the baby to Revati

YHC: Malti betrays Preesha and hands over the baby to Revati...

YHC: Revati to run away with Rusha's stillborn baby?