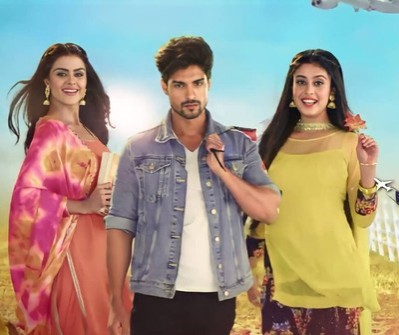 Udaariyaan: After leap twister!! Leads to quit the show with new entries

Colors tv's popular show Udaariyaan is all set to grab the viewer's attention with its spicy and dramatic storyline in the upcoming episodes.

As per the latest twist in the show, the lead characters are leaving the show after the leap.

As seen so far, Nehmat is heartbroken from finding the truth while Fateh consoles her precious daughter.

As per the latest spoilers, Fateh has already confirmed he is quitting the show.

New actors to join the cast

Now Tejo and Jasmine have also confirmed that they will not be a part of the show after the leap.

Moreover, it is natural for the actors to quit the show after they have to play the role of parents in the show.

The show will soon take a generation leap with some major twists and turns.

Udaariyaan: Fatejo and Rupy plan a reunion for Nehmat and Naaz

Udaariyaan: Fatejo and Rupy plan a reunion for Nehmat and Na...

Udaariyaan: TAMASHA! Nehmat abandons Fateh and Tejo In the ...

Udaariyan : Rupy to arrange for Naaz and Jasmine's stay.

Udaariyan : Jasmine to get pregnant! Will she abort the baby?