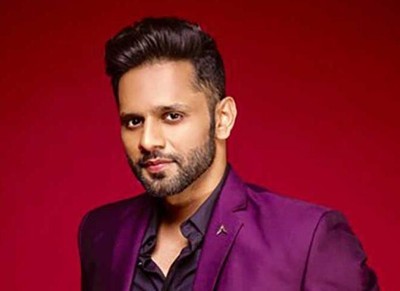 Rahul Vaidya was second runner-up in Indian Idol Season 1 who completed his graduation from Mithibai College.

Rahul Vaidya is a young handsome guy with charming personality.

Rahul Vaidya started his career in a very young age.

He participated in many children’s talent competitions and won many of them.

In 2005, he made a debut by participating in the TV reality show India Idol Season 1 and bagged the second position.

Rahul participated in this show while he was a second-year junior college student.

Since then he launched many albums like Fan, Vande Matram, Do Chaar Din, Keh Do Na and Aafno Mann. Along with this, he sang many single songs like Hello Madam, God Promise, Chunar Chunar, Be Intehaan, Keh Do Na and Yad Teri.

He was part of the TV reality show “Music Ka Maha Muqqabla” in which his team “Shankar’s Rockstars” won the show.

In 2008, he appeared in the Indian reality television series “Jo Jeeta Wahi Superstar” and won the trophy. He hosted shows like “Jhoom India” and “Aaja Mahi Vay”.

Recently he revealed that loves Disha Parmar a lot and proposed her for marriage on reality show Bigg Boss.

Let's see if actress Disha Parmar reverts on Bigg Boss 14 to spice up the drama.