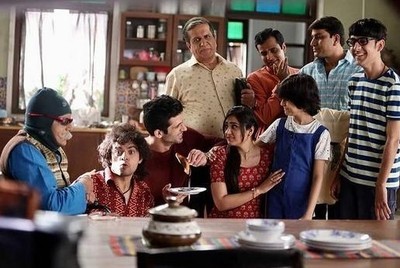 Sony TV is going to start a new serial named Sargam Ki Sadhe Sati which will be produced by Vipul D. Shah under the banner Optimystix Entertainment.

Sargam Ki Sade Saati serial is a story of a girl Sargam who fall in love with a middle-class man Aparshakti.

But here the twist is that there are no women in Aparshakti’s family of ​7 1⁄2 gents.

The female lead role of Sargam is played by Anjali Tatrari.

While the male lead role of Aparshakti will be played by Kunal Saluja.

Also this serial is second installment to Saa Bina Sasural with a new name.