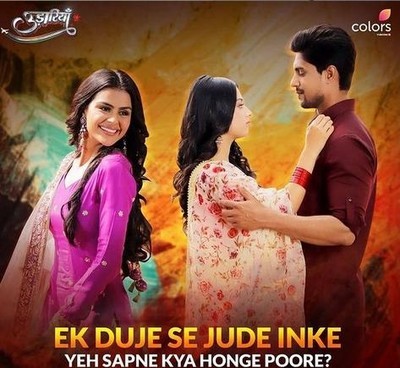 Udaariyaan is an upcoming television show on Colors channel, produced by Ravi Dubey and Sargun Mehta.

It is being made under the production house, Dreamiyata Entertainment.

The show is debut for Ravi Dubey and Sargun Mehta as producers.

Udaariyan is a story of three different people Jasmin, Fatah and Tejo.

Jasmin in the Udaariyaan serial has only one dream, namely to fly to Canada.

Tejo is a bright student and wants to be successful in life.

Male lead Fateh is played by Ankit Gupta and he is a boxer.

He loves Jasmin and wants to go wherever she goes.

Let's see how the story shapes up further.