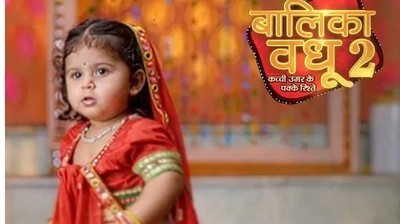 Colors Tv is all set to launch second season of popular show Balika Vadhu, which got much popularity with season 1.

Balika Vadhu season2 teaser is also out where we all have seen a toddler in bridal disguise is walking and some one is cheering that now they have to find Rajkumar (prince, groom) for her.

The little kid is seen in bridal avatar where there is voiceover which states that child marriage is still biggest evil of today’s society and there is another girl who will get trapped but there is another Anandi who will bring all this to halt.

Caption of the teaser says all about it

The shot of the show balika Vadhu 2 already begun in Rajasthan and this show is casting Shreya Patel and Vansh sayani in main leads.

The show is already having long list of loyal fans and followers,

Share your reviews how much You excited for the show.

Stay tuned with SerialGossip.com for more exciting updates and news.

BV: Kundan turns Nandini’s father in law and attempt to rape her

Balika Vadhu: Not Dr Amit but Nandini get married with Krish