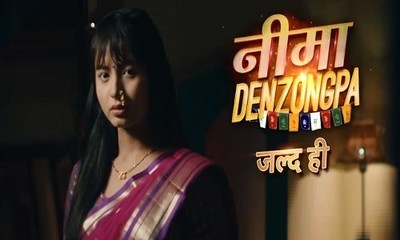 Telecast Date: To Be Updated Soon

Timing: To be Updated Soon

Indian Television Colors TV is soon launching a new show 'Nima Denzongpa' which is an inspiring, intriguing, and struggling life story of a girl who hails from Sikkim.

Nima Denzongpa loves her family a lot when she chooses to marry her love who hails from Mumbai.

She thus leaves her family in Sikkim and shifts to Mumbai with her lover.

However, things don't go easy for her as the Mumbai people troll her, do her ragging just because she hails from Sikkim and she doesn't fit into their society.

How Nima Denzongpa will conquer all odds and settle in Mumbai?

The show's new promo is quite promising wherein the telecast details are yet to be revealed.

Stay tuned with SerialGossip.com to stay updated with the latest TV shows.