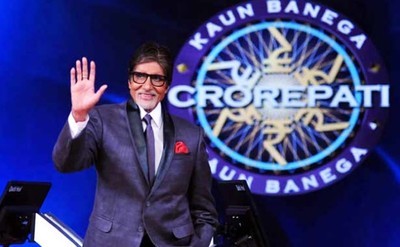 Kaun Banega Crorepati is the Indian adaptation of the internationally popular format of Who Wants To Be A Millionaire.

Amitabh Bachchan on Saturday night tweeted ‘KBC begins again! Its been 18 years and the 10th season now. Been a long association, Never possible without your love and support.

Expressing his happiness over the show’s return with the 10th edition, Amitabh Bachchan seems very exciting for this year.

It’s been 18 years of KBC in India and the 10th season, a majority of which have been associated with Amitabh Bachchan.

The Season 10 of Kaun Banega Crorepati (KBC) will go on-air by September 3rd on Sony TV at 9 pm onwards.

For more upcoming updates and latest news, stay tuned with us.