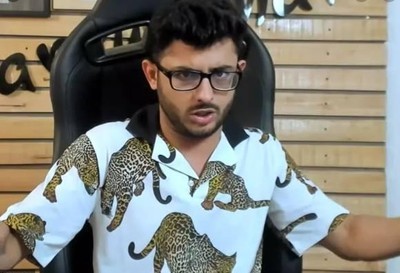 Bigg Boss 13 was completed successfully and was one of the most popular and watched season of big Boss.

However where further permission for starting shows have been granted but everyone has to follow rules and regulations for this.

And also Salman Khan who was hosting Bigg Boss will be part of this season too while other rumors are to be denied.

Bigg Boss 14 expected to have Carry Minati against Amir Siddqui

However final list of contestants is not revealed yet but it is believed that because of controversy amid Amir Siddqui and Carry Minati both will be seen in Bigg Boss 14.

But there is no confirmation over the same and once it will get confirmed you will update you.

We will update you latest news about Bigg Boss 14, and soon final list of all confirmed contestants will be updated here.

Till then, Stay tuned with Serial Gosip.com for more exciting updates and upcoming twists in the way.

TikTok most controversial star Amir Siddiqui to enter in Big...

Bigg Boss 14 to have jungle theme, this controversial actor to make grand entry

Bigg Boss to make comeback again with all new concept of Jun...

Bigg Boss 14: Jasmin Bhasin along with this controversial Tik-Tok star to enter

Jasmin Bhasin along with this controversial Tik-Tok star to ...

Bigg Boss 14 contestant list, check all updates related to B...

Bigg Boss 14’s contestant to be checked for COVID-19, shocking details you should know

Asim Riaz’s new project with Barbie Maan is just on an...

Bigg Boss 14 got delayed by a month again because of COVID-1...

Himanshi Khurana’s pairing with Yuvraj Hans is on new ...

#uncoverinspiration is trending over internet where Bigg Bos...