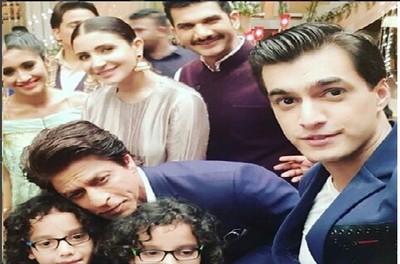 Star plus daily soap opera ‘Yeh Rishta Kya Kehlata Hai’ is all set to show some amazing and marvelous twist in the storyline.

The coming up series will stick the viewers to the show as the popular Bollywood Celebrity’s Shah Rukh Khan and Anushka Sharma will make their entry in the show.

Moreover they will especially enter the show for promoting their upcoming movie ‘Jab Harry Met Sejal’ which is releasing on August 8.

They will join the series and will also find the engagement ring of Naksh and Keerti which will lose during engagement.

It would be exciting and interesting to watch their galore with the Goenka and Singhania family.

Stay tuned with us for more upcoming updates and spoilers.