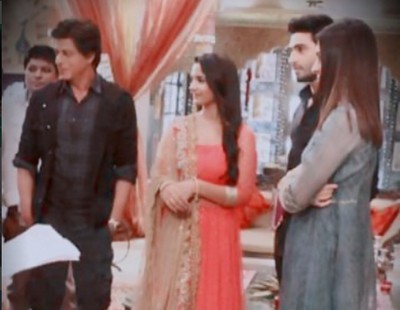 As per the track Suraj and Chakor’s wedding calls off as Chakor rejects his proposal.

Suraj confronts Chakor but Chakor stuck in Kamal Narayan’s trap fails to convince him the truth.

Forward it will be seen that Shah Rukh Khan and Anushka Sharma promoting for their upcoming movie ‘Jab Harry Met Sejal’ will be seen in the show.

Moreover Harry and Sejal will become a part of the storyline where they will spell love importance to Suraj and Chakor.

Suraj and Chakor confessing love will be united over Harry and Sejal’s effort.

Stay tunen with us for more interesting updates.

Udaan: Happy space amid Imli-Ajay-Chakor as Gun factory shut down