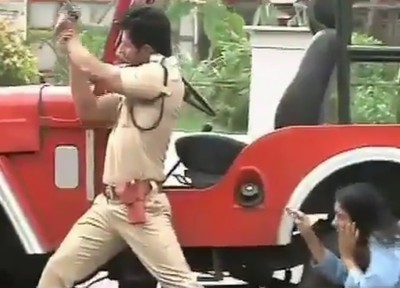 Some deadly goons attack the hospital and try to kidnap Mugdha.

But thanks to Malhar who reaches there in the nick of time and gets in action to rescue Mugdha.

Malhar in the hunt to save Mugdha and Moksh

Malhar starts shooting the evil goons and thus safely gets Mugdha out of their captivity.

However, Moksh is still in Atharv and Sampada's captivity who are planning to send Moksh to Dubai,

This is gonna be hell exciting to watch how Malhar will save his family by exposing the evils.