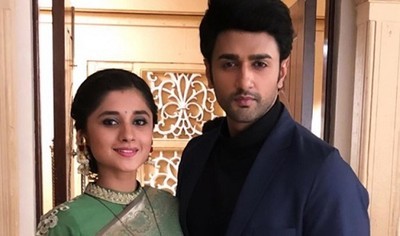 Guddan is back in Indore and we can’t stop adoring how glamorous she is looking in her all new actress avatar.

The upcoming episode will see Chef Competition where Akshat wants to prove his worth while actress and model Guddan is the Judge.

Akshat bursts in anger as soon as he sees Guddan but the twist in the tale will come now.

Although Guddan has moved on in her life and is no more planning to return back in Jindals life,

Durga confronts Guddan and makes her realize about how her exit has ruined their family.

Let see if Akshat and Guddan will unite through this competition or there is much more drama lined up in the story.

Stay tuned with the best source of television updates of the popular Hindi serials.