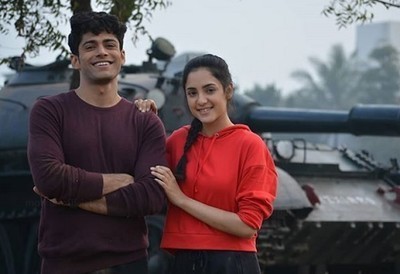 Sony TV show Ek Duje Ke Vaaste 2 is going to telecast on Tv again after lockdown and this time there will be much suspense and drama in the show.

Shravan and Suman have just started to come closer but their parents fight is now going to get them away from each other.

However where further amid all this Suman’s Dadu lashes out at Shravan where Suman is worried for him and also Suman invited Shravan again by giving him compliment.

While further Suman wants Shravan to open first button of his shirt as it suits him, while Dadu already assumed Shravan as goon.

Again this will create drama where Dadu challenges that he will throw Shravan within 2 days out.

It would be interesting to see what will happen next in the show Ek Duje Ke Vaaste 2.

Ek Duje Ke Vaaste 2: Anish to come up with new plan to separ...