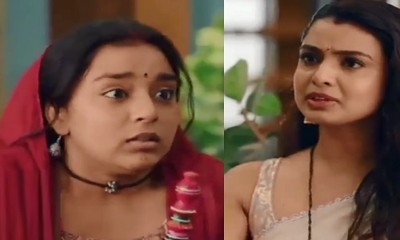 The popular TV series Imlie is witnessing ups and downs in Imlie's life.

On one side, Aditya loves Imlie and wants to accept her for the life.

On the other hand, Aditya always stands silent whenever Malini questions Imlie and tries to hurt her sentiments.

Aditya will choose Imlie or Malini, is the talk of the latter but right now, another new trouble is going to strike Imlie to the core.

Aditya fills vermillion on Imlie's hairline and handovers Malini's Sindoor Dani to her.

Malini even sees sindoor in Imlie's hairline and this leads to a drastic showdown between Malini and Imlie.

Malini confronts Imlie and calls her thief when Imlie doesn't defend herself.

Even Malini accuses Imlie for stealing her sindoor and her husband,

Stay tuned with us to know what more is going to happen next in the show.

Imlie: Aditya Imlie's romance in the closed room to get caug...

Imlie: Imlie puts a condition before Aditya In the latest s...

Imlie: Prakash returns to create ruckus in Aditya and Imlie&...

Imlie: Confused Aditya thinks to leave Malini In the dramat...