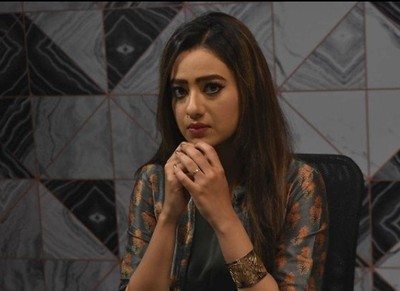 Anupama: Kavya out of job and Vanraj’s back fall again jitters Shah family

Anupama is one of the most popular show on Star Plus which is rocking these days, and its plot is showing how Kavya is doing much drama in house and Kavya is bringing twists one after another.

Latest track deals with destiny payback time where Kavya has been fired from her office and jobless Kavya is totally irked with all.

On other side, Vanraj too turned jobless where his friend wanted to shut down café again and this turned major stress in house.

At same destiny is with Anupama where her dance academy has been opened and this is new inning for her.

Kavya gets one month ultimatum and break from Mr.Dolakia

It was seen that Kavya made big mistake where she deleted her presentation and at same Dolakia burst out at Kavya for all.

Later Dolakia tagged this as Kavya mistake because she is newly med where later he fired Kavya from work for one month and this irks Kavya as she never expected this thing.

How Kavya and Vanraj will tackle this situation?

To catch stay tuned with us for more updates and exciting twists in other shows too.

Anupama: Kavya wanted Vanraj to setup own family and secure ...

Anupama: Kinjal overtake Kavya and cover up her mistake

Anupama: Kinjal overtake Kavya and cover up her mistake The...

Anupama: Kavya pregnant with no money to face drastic

Anupama: Kavya pregnant with no money to face drastic A ver...

Anupama: Profession Nightmare for Vanraj and Kavya The upco...