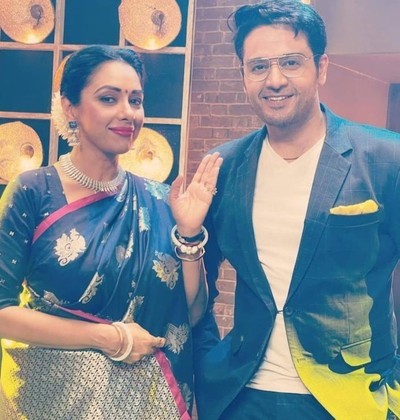 Star Plus's popular show Anupama is about to showcase some major drama in the upcoming episode.

In the upcoming episode, Anuj will meet Anupama at the reunion party where he will introduce himself to her.

Anuj always loved Anupama's simplicity but he never confessed his feelings for her.

Meanwhile, Anupama learns that Anuj is now a famous business tycoon and gets impressed.

Anupama compliments Anuj for his success

Devika tries to bring Anupama and Anuj closer to the party.

Vanraj and Kavya also reach the party to meet Anuj Kapadia to crack the deal.

Vanraj gets shocked to see Anuj with Anupama which triggers his male ego.

Woah!! It will be interesting to see what happens next in the show.

Anupama: Vanraj and Kavya land up at party to meet Anuj Kapadia

Anupama: Vanraj hops in Anuj-Anu’s party only to get jealous

Anupama: Anupama and Anuj dance together setting the party on fire

Anupama: Kavya on mission to throw Anupama out after Anuj's entry

Anupama: Anuj Kapadia to give Anupama the respect she deserves

Anupama: Vanraj to get irked by Anuj's success and fame

Anupama: Vanraj (Sudhanshu Pandey) to get irked by Anuj's (G...