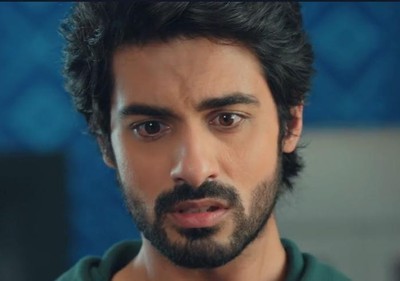 Star Plus popular show Yeh Hai Chahatein is about to witness some high voltage drama in the upcoming episode.

Preesha learns about GPS getting arrested and she reaches the police station with Rudraksh.

On the other hand, Sania calls Armaan and informs him about GPS getting arrested.

Later, Chameli gives the evidence of Gopal about GPS visiting the hotel with her leaving everyone shocked.

Rudraksh in a major dilemma

In the upcoming episode, Ahaana calls Rudraksh and makes him hear Saransh's voice note asking for his help.

Ahaana warns Rudraksh to not let GPS get bailed or else he will never find Saransh.

Rudraksh is left in tears after hearing Saransh's voice.

Woah!! Will Rudra hurt Preesha's family to get Saransh?

Yeh Hai Chahatein: Gopal to be a victim of character assassination

Yeh Hai Chahatein: Gopal to be a victim of character assassi...

Yeh Hai Chahatein: Sania returns to get back Armaan-Avni in her life

Yeh Hai Chahatein: Major face-off between Ahaana and Preesha ahead