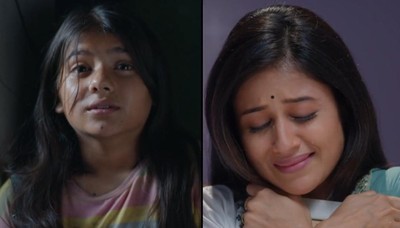 Chikoo gets separated from her mother on Chikoo's birthday.

Chikoo's mother Nupur performs for Chikoo while a woman dressed like a joker enters the party and kidnaps Chikoo.

Meanwhile, Nupur believes that she will find out Chikoo and remembers her.

On the other hand, the Joshis mark Chikoo's death anniversary and pray for her soul to rest in peace.

Nupur comes to stop Chikoo's death anniversary but they refuse to listen to her.

In the upcoming episode, Joshis asks Nupur to sign papers that prove Chikoo's death where she loses her cool.

On the other hand, Chikoo lives with the lie of getting thrown away from her mother.