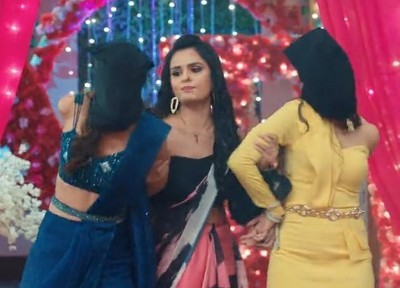 Rudraksh reaches Thakur's house and fights with the security guards to get in.

On the other hand, Rudraksh also confesses his feelings for Preesha.

Rudraksh tells Preesha the truth about Saransh being alive and that Ahaana has Saransh.

Here, Preesha tells that she knows about Saransh and also knows that he loves her.

Preesha tells Rudraksh that she did not marry Armaan and she called off the wedding.

Armaan Sania team up for another game plan

Preesha also reveals that she has Saransh which shocks Rudraksh.

Rudraksh fumes in anger and decides to punish Ahaana.

Meanwhile, Armaan already calls Sania and informs her about their next plan.

Sania reaches the venue along with Mishka and Ahaana.

Yeh Hai Chahatein: These are the upcoming villains of Yeh Ha...