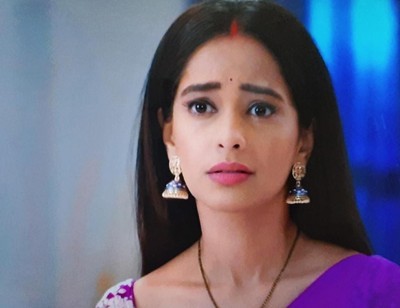 As seen, Abhi brings back Pragya from the goons leaving Tanu and Alia fuming.

As planned, Rhea makes Ranbir's father Vikram confess in front of the whole family that Prachi was the reason for his split up with Abhi.

Moreover, Pallavi also reveals their disappointment as they wished Ranbir to marry Rhea, not Prachi.

Shockingly, she also tags Pragya as a backstabber who betrayed the Kohli family for her selfishness.

Further ahead, Prachi is hurt and at the same time furious as Rhea blames Pragya for Abhi's misery.

Seeing the tension in the house, it is evident that this is going to have an adverse effect on Prachi and Ranbir's relation too.

Now it will be interesting to see if Prachi and Ranbir will be able to survive this storm.

Keep tuned to know what will be Pragya's next step after knowing Prachi's mental torture.