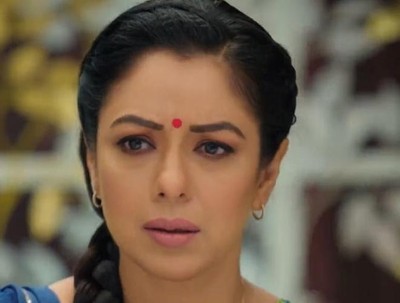 It was earlier seen that Rohan returns to Nandini's life and creates problems in her relationship with Samar.

In the upcoming episode, Rohan reaches Anupama's dance academy with some boys who beat up Samar.

Rohan warns Nandini to leave Samar saying that he will also leave her.

Nandini gets furious and she tells Rohan that she will kill him if anything happens to Samar.

On the other hand, Kinjal tells Anupama about the problems that Samar and Nandini are facing and she shows her the pictures of Nandini and Rohan.

Anupama burns the picture of Rohan and reaches the dance academy.

Anupama tells Samar and Nandini that she will soon plan their engagement.

Will Rohan leave Nandini and move on in his life?

Anupama: Rasoi Romance! Anupama cooks with Anuj in his kitchen

Anupama: Rasoi Romance! Anupama cooks with Anuj in his kitch...

Anupama: Two Years Contract between Anuj and Anupama The up...

Anupama: Nandini to reunite with Rohan and quit Samar

Anupama: Nandini to reunite with Rohan and quit Samar The u...

Anupama: Anuj and his EX story with stern worry for Anupama

Anupama: Anuj and his EX story with stern worry for Anupama ...

Vanraj (Sudhanshu Pandey) has a new conspiracy to hurt Anupa...

Anupama: Anuj Anupama in next stage with GK Bapuji's blessing

Anupama: New Promo! It's a big day and Anupama is in tears