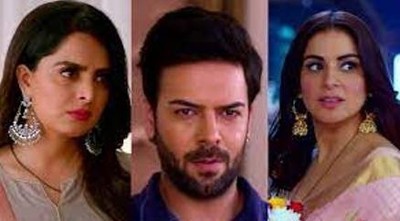 Zee tv popular show Kundali Bhagya is about to witness some shocking twists.

It was earlier seen that Preeta discovers Prithvi and Sherlyn's romance and she lashes at them for cheating on their partners.

Preeta warns Sherlyn and Prithvi after she catches them red-handed.

Later, Preeta decides to expose them in front of Rakhi while they plead with Preeta to give them another chance.

Meanwhile, Preeta takes promise in return from Sherlyn and Prithvi.

In the upcoming episode, Preeta yet again finds Sherlyn and Prithvi together.

Preeta records their video while they confess their love for each other and she reveals the truth to Rishabh about their affair.

OMG!! How will Rishabh react now?