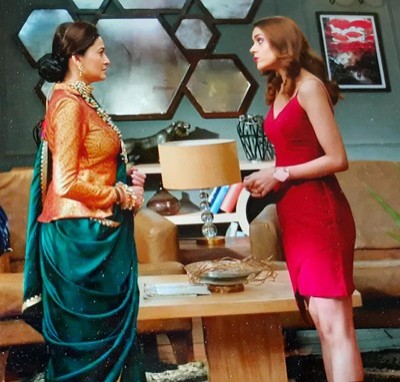 Zee TV's most liked show Bhagyalaxmi is up with major action and drama.

As seen, Neelam is hurt as Ayush questions that efforts have the done to help Rishi.

Even with failed attempt, Rishi feels thankful to Laxmi for her efforts and caring.

This leaves Neelam with an idea and she reaches Shanaya's house with a bag full of money.

Shanaya gets lured into it but her boyfriend asks her to refuse the money so that they can demand more when the situation worsens.

Malishka is over-confident that Rishi is madly in love with her while his heart has started melting for Laxmi.

Now it will be exciting to see how will Malishka react as she will realize Rishi is falling for Laxmi.

Keep tuned to get more updates on the show.