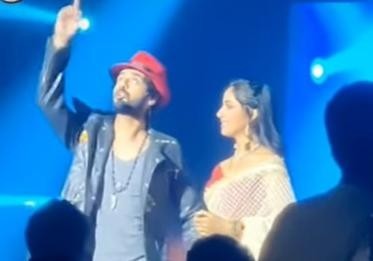 Mr. Ahuja takes Rudraksh for stage rehearsal while Armaan and Sania take Preesha along with them.

Besides, Sania refuses saying that she will feel dizzy.

So Armaan takes Preesha to the hilltop to see sunset and takes selfie with her.

Armaan goes to bring ice cream and when he returns he could not find Preesha.

In the upcoming episode, Armaan plans to flop Rudraksh's concert.

Rudraksh will tell Preesha that he is going to sing for her and Saaransh.

On the other hand, Armaan will spike Rudraksh's drink and Rudraksh will drink it.

Later, Rudraksh will give a rocking performance and Armaan will remain shocked.

Did Rudraksh learn about Armaan's plan?