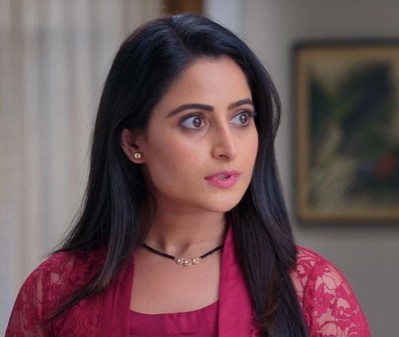 Bhavani sees Sonali and Omkar selecting a house for them.

Bhavani comes and tells Omkar that if they wat a big room she will arrange for them.

Sonali says they have already packed their bags and are leaving.

Pakhi comes to their room and provoke Bhavani that Sayi wants to give the command to Ashwini so that she can rule over the house and remove Bhavani from being the head of the house.

Pakhi brain washes Bhavani that Sayi has everyone by her side and even Samrat.

Bhavani asks Omkar to not leave the house and now she will be strict to Sayi.

Will Bhavani go against Sayi now?

GHKKPM: Time for Bhavani to play her trump card in Chavan family

Bhavan thinks of a plan against Virat (Neil Bhatt) and Sayi ...

Bhavani to take a major step for Virat (Neil Bhatt) and Sayi...