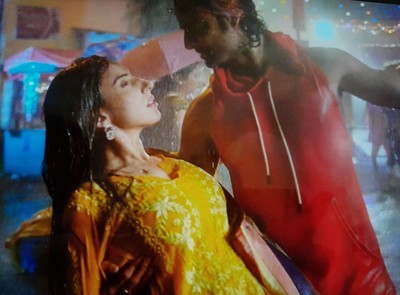 Zee TV's newbie Agar Tum Na Hote has already managed to get good viewership with an interesting and enigmatic storyline.

Niyati's parents are worried for her as she is unaware of her dark past.

Moreover, Niyati's father isn't ready to get her married due to her past whereas her mother wants Niyati to have a new happy life.

Thus, Niyati's father decides to reveal the truth to her within 7 days.

However, they are worried about how would Niyati handle this bitter truth of her life.

Meanwhile, wow that it is clear Abhimanyu is mentally unstable and away from his house for months, Niyati is anxious about him.

Niyati rejects Abhimanyu's proposal with a slap and this leaves him heartbroken.

Shockingly, he decides to leave Mumbai and move to another city away from Niyati.

However, Niyati has promised to unite Abhimanyu's mother to unite them.

Thus, Niyati along with Abhimanyu's mother leaves searching for him before he leaves the city.

Now let us wait and watch if they will be able to stop Abhimanyu from leaving or not.

Stay tuned as Niyati's shocking dark secret will soon bring a major twist in the tale.