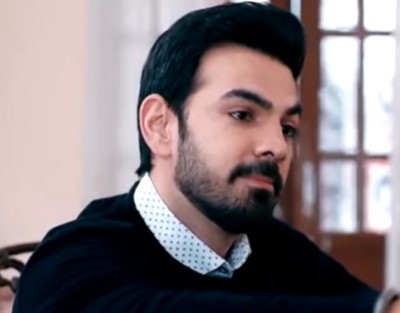 Colors' tv popular show Udaariyaan is adding all sorts of dramatic moments into the story to make the episodes spicy.

As per the current track, Tejo learns that Fateh fought with Angad and she decides to confront him.

Tejo rebukes Fateh for fighting with Angad and asks him what's his problem if she cries.

Fateh tells her that Angad does not have the right to make her cry.

Tejo asks why he's bothered if she cries and asks him to stay away from her life.

Tejos says that she doesn't want to meet him or see him but she is helpless as she is connected with his family.

Furthermore, Angad visits Tejo's place where he tells Tejo that he got a lovely family because of their drama and says that only those who don't have family know its value.

Angad speaks about his past

Angad reveals that he does not have anyone in his life and he is alone as his parents died in a flight crash when he was 12.

Tejo apologizes to him and asks if he has any siblings.

Angad tells that he is the only son and his grandparents are in London.

Udaariyaan: Fateh out his mind fights with Angad

Udaariyaan: Fateh (Ankit Gupta) out his mind fights with Ang...

Udaariyaan: Angad to truly fall in love with Tejo

Udaariyaan: New Promo! Angad and Fateh get into a physical fight