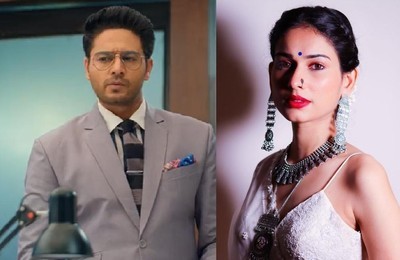 We informed about the upcoming new entry in the show of Aneri Vajani who is related to Anuj's past.

Aneri's character will add more spice to the love story of Anuj and Anupama.

Anuj and Anupama's love story has started to take a new turn from Anuj's love confession to Bapuji demanding Anupama to accept love in her life and move on.

Anupama has started to develop feelings for Anuj but is calling it to be a concern.

Anuj's past story track to be revealed

A major twist awaits with the new entry from Anuj's past.

GK has already hinted about some unexpected problem after receiving a mysterious call.

Anuj's past story is not yet revealed in the show which is about to unfold in the upcoming track.

It will be interesting to see if this past connection turns out to be a kismat connection for Anupama or not.

Anupama: Vanraj receives a call for a proposed plan

Kavya (Madalsa Sharma) gets triggered to bring Shahs on road...

Anupama: Pakhi says no to her marriage, future disaster for Shahs