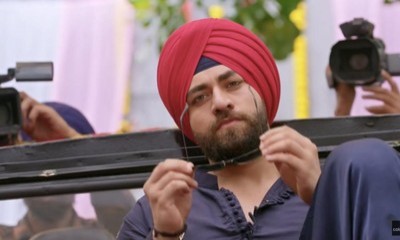 Choti Sardarni: Rajveer and Seher's Tashan-e-Ishq begins with a twist

Colors' tv popular show Choti Sardarni is about to showcase some interesting twists.

It was earlier seen that Seher gets praised for saving the lives of people and the judge also reveals that Seher does not want a divorce and allows Rajveer to stay with her for 6 months.

Judge asks Rajveer to stay at Gill's mansion while Rajveer decides to change his attitude and mistreat Seher to make her hate him.

However, Seher knows that he loves her and can see it in his eyes.

In the upcoming track, Kulwant will be irked by Rajveer's tantrums and will ask Seher to throw him out.

Seher will refuse to do so saying that she loves him and wants to get reunited.

Rajveer takes over Param's room and gets into an ugly fight with him.

Later, to bring more trouble Rajveer invites goons to party and will allow them to destroy the house as much as they want.

How will Seher face the upcoming trouble?

Choti Sardarni: Seher and Kulwant fight with the terrorists

Choti Sardarni: Seher and Kulwant fight with the terrorists ...

Choti Sardarni: Seher helpless as terrorist kill one by one

Choti Sardarni: Seher helpless as terrorist kill one by one ...

Choti Sardarni: Terrorists take advantage of Seher being in ...