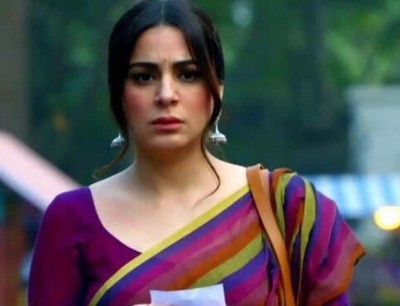 Zee tv's popular show Kundali Bhagya is about to showcase some major drama in the upcoming track.

Preeta learns about Prithvi taking over Luthra house and torturing everyone in the house.

Preeta gets worried for Luthra family and she decides to help them.

Meanwhile, Prithvi asks Sherlyn to work on Karan and Natasha's wedding at the earliest.

Prithvi plans to get Karan married to Natasha to end his marriage with Preeta.

In the upcoming track, the family organizes a pooja at the house.

During the pooja, the pandit makes a prediction that their daughter-in-law will same make her return.

This leaves Sherlyn and Prithvi scared while Luthra's gets hopeful after hearing the pandit.

Suddenly, Preeta opens the main gate of the Luthra Mansion with the intention to enter the house.

What will Prithvi do now?

Kundali Bhagya: Preeta gets kicked out of the house

Kundali Bhagya: Preeta (Shraddha Arya) gets kicked out of th...