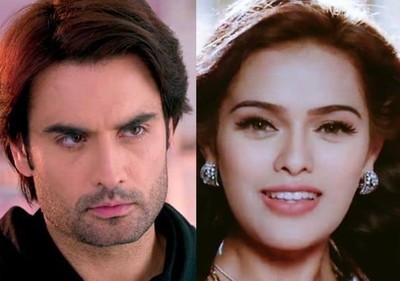 Colors' tv popular show Sirf Tum is about to showcase some interesting twists and turns at Ranveer's birthday party.

Ranveer desperately waits for Suhani at his birthday party.

Meanwhile, Suhani reaches the party with her family and Ranveer looks at her.

Ranveer imagines he is meeting Suhani at a snowy place and Suhani asks him if he wants to tell her something.

Ranveer gives his hand to Suhani and they dance together romantically.

Riya also invites Ansh to her engagement with Ranveer and he gets excited to witness the drama at the party.

At the party Riya pulls Suhani in excitement and tells that she is very happy.

Suhani says its Ranveer's birthday then why is she getting excited.

Further, Riya points a finger towards Ranveer and tells Suhani that he is her prince charming which shocks Suhani.

Sirf Tum: Ranveer cuts the cake with Suhani, gets mad at Vikrant

Sirf Tum: Ranveer refuses to celebrate his birthday, wants Suhani to wish him

Sirf Tum: Ranveer to confess love for Suhani on his birthday

Sirf Tum: Love is in air! Ranveer's to confess his love for Suhani