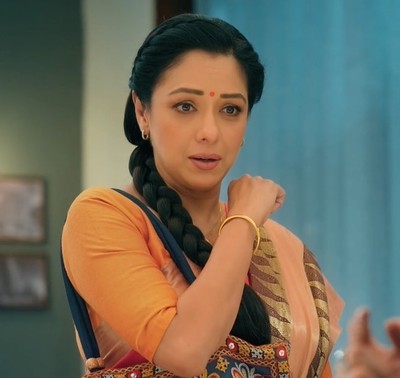 Anupama has failed deeply in love with Anuj and she has decided to confess her feelings.

However, Malvika ends up bringing up new trouble for the couple and the confession remains unsaid.

Further, in the story Anupama will finally decide to do something special for Anuj and confess love.

Anupama will finally confess her love to Anuj and a major drama awaits in the story.

In the future episodes, we will also see Anupama will agree to get married to Anuj and start a new life with him.

However, Leela will be against Anupama's second marriage and will not like the idea of her marrying Anuj.

It will be interesting to see how Anupama will deal with the new challenges in her life.

Anupama: Fans disappointed with the current track of the show, call it boring

Anupama: Fans disappointed with the current track of the sho...

Anupama: Anuj turns side role, Anupama to handle Malvika In...

Anupama: Major Revelation! Vanraj plots next to swipe out Anuj

Anupama: Major Revelation! Vanraj plots next to swipe out An...