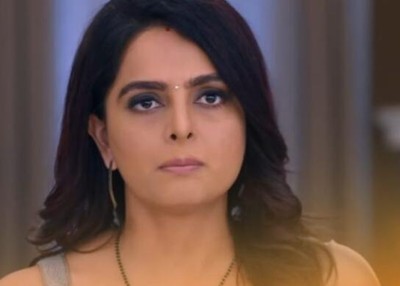 Preeta has returned to Luthra's house to help the Luthra family from Prithvi.

Preeta does not reveal her real intentions to anyone as Prithvi may learn about it.

Preeta keeps a watch on Prithvi and decides to find out about how Mahesh became like this and where is Rishabh.

In the upcoming episode, Prithvi tells Sherlyn that he has to snatch all the power from Preeta.

Meanwhile, Sherlyn doubts Preeta's intentions and thinks that she did not return to take revenge from Prithvi.

Preeta learns that Sherlyn has turned doubtful and she makes another plan.

What is Preeta's new plan?

Will she get caught?

It will be interesting to see what Preeta will do now.