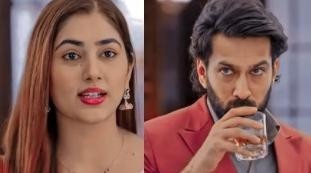 It was earlier seen that Vedika has marked her entry in Ram and Priya's life with a strong motive to separate the leads.

However Vedika feels Ram still loves her and will never forget his first love that is only Vedika.

Time is changed where Ram has moved on with Priya.

Ram's heart beats only for Priya and he thinks only about Priya now where Brinda Adi Vikrant are much happy about the development in Ram's life.

Priya is the only girl who thinks only of Ram as a good-hearted person and not a rich businessman.

This time Vedika plans Priya to overhear Ram's love confession for her where Priya hears the same and feels hurt.

At the same time, Priya does not doubt Ram.

Priya is not going to let her relation with Ram fall weak at any cost and is ready to survive with dignity.