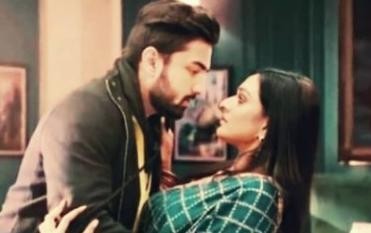 It was earlier seen that Laxmi learns the bitter truth of her life that Rishi married Malishka despite of Laxmi being alive and married to him.

Laxmi feels shattered where she does not want to see Rishi anymore.

Also Laxmi was so kind that if Rishi would have revealed the truth to Laxmi she would have happily walked out of their married life.

Laxmi is much heartbroken where Rishi feels sad for her.

Malishka misunderstands Rishi and asks him to be cool as he is feeling bad for Laxmi because he was friendly with her.

Malishka behaves much heartless where Rishi is not heartless and regrets his wrong marriage decision with Malishka angering her.

Bhagyalaxmi: OMG! Laxmi recalls Rishi one last time at the end of cliff

Bhagyalaxmi: Oracle! No forgiveness for Rishi from Laxmi new...

Bhagyalaxmi: Missing Mystery of Laxmi gets Rishi slapped by ...