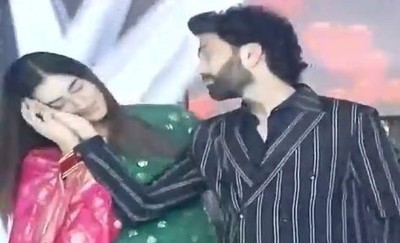 It was earlier seen that Ram and Priya are not in talking terms due to returning the business issue.

Ram feels Priya still has not accepted him as her husband fully.

When Vedika plans a big surprise for Ram on his birthday he thanks her a lot before everyone.

Also Ram gets dancing with Vedika closely when Priya does not like their closeness.

Ram thinks he is dancing with Priya and gets into his dream world.

Ram dances with Priya much in love

Ram dances with Priya where they are much in love.

Post this dance Ram wants to confess his love for Priya and does the same in his dream confession.

Will Ram be able to reveal his love?