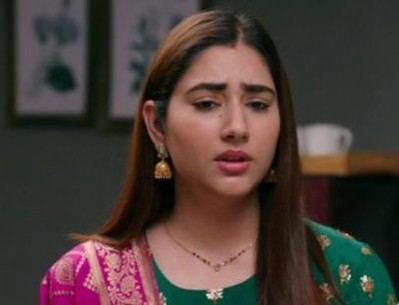 It is seen that Priya planned a surprise party for Ram on his birthday and personally baked his favorite cake for him.

However, Vedhika smartly takes away all the appreciation and credit for Priya's work.

Priya walks away and Ram thinks she is showing attitude not even wishing him.

However, Sara and Ram's friends cannot see Priya being treated this way and intervene to clear the misunderstanding.

Adi reveals that the party planning was by Priya whereas Sara shows Ram's childhood favorite caked baked by Priya.

Further, as Ram knows about how Priya took the recipe from the old lady and baked it herself, he is dumbfounded.

He feels sorry for being rude to Priya and hurting her.

Now let us wait and watch if Priya will be able to forgive Ram and enjoy the party with him.

Stay tuned to serialgossip.com for more news and updates on the show.