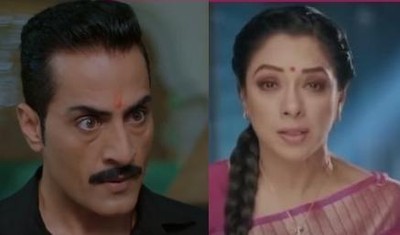 It was earlier seen that Malvika is getting over-friendly with Vanraj.

Hence Vanraj grabs this golden chance and he starts making advances towards Malvika behind the closed door.

Vanraj holds Malvika's hand where he starts turning much romantic towards her.

Vanraj begins his real game where as earlier Anuj mentioned that the Tiger never changes his stripes.

Vanraj starts showing his true colors where he decides to turn Malvika's real life partner as they both are alone.

Malvika happy with Vanraj's advancement in her life

Malvika agrees to the same happily when Anupama marks her dynamite entry.

Anupama is so furious on Vanraj for taking this drastic step and tries to stop him.

Anupama is not going to let Vanraj succeed in his intentions.