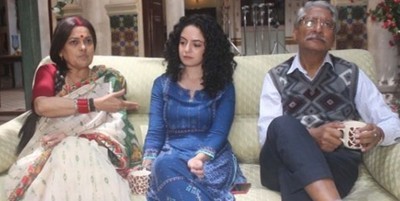 As seen earlier, Poorvi is already guilty of being the reason for the fight between Kusum and Jagannath.

She apologizes as it was not intentional but is hurt seeing both of them angry.

Poorvi sells some old stuff to kabadiwala to pay the rent and unknowingly she gives away some of Jagannath's belongings.

However, these are not just old stuff for him but have sentimental value attached to them.

Realizing that Poorvi sold it off, he feels hurt while Kusum also sheds tears.

Further, as Poorvi gets to know about it, she is burdened by more guilt and curses herself.

Poorvi feels extremely foolish to have done such a blunder and regrets it.

She feels so ashamed that she avoids facing Jagannath and Kusum.

Moreover, she walks out of the house but does not return home till late at night.

Jagannath and Kusum get worried for Poorvi as she goes missing.

Jagannath Aur Poorvi Ki Dosti Anokhi: Jagannath in a fix as Poorvi is forced by the goons